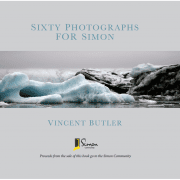 Vincent Butler has recently put together a book entitled ‘Sixty Photographs for Simon’ in aid of the Simon Community.

The book is an eclectic collection of images harvested from an extensive archive that Vincent compiled over a period of two decades during work-related travel. Twenty-five countries are represented in a broad geographical sweep which encompasses the Arctic, Scandinavia, Europe, Africa, South America, Antarctica and Asia. Each of the 60 photographs is accompanied by a short text which provides succinct details about various aspects of the image.

Textured and multi-layered, the photographs include stunning landscape vistas, intimate cultural vignettes and captivating wildlife encounters. They are a celebration of the intricate and mutually dependent tapestries of natural and human diversity that exist on our wonderful planet and draw attention to the uniqueness, fragility and precious nature of both.

Tim Severin, the Irish explorer made famous for his ‘Brendan Voyage’ across the North Atlantic some years ago in a skin covered boat, very kindly wrote the Foreword.

Sixty Photographs for Simon is available in bookshops countrywide and is priced at €20.

It is also available on-line from Irish Academic Press by clicking here.

The book was launched in the Shelbourne Hotel on Tuesday, 23rd October where Sam McGuinness (CEO of Dublin Simon Community), Pat Wallace (Former Director of the National Museum) and Vincent Butler (Author of Sixty Photographs for Simon) gave speeches.  A crowed of over 200 people were in attendance, including the Lord Mayer of Dublin.

This was the main Dublin launch for the book though there was a smaller one out in Newbridge on the 6th, and there are others planned to take place around the country in the coming weeks.  Several of the other Simon Communities have been working with Vincent on these other launches.

About Vincent and the beginning of the project

Vincent was part of a group that went on a hiking expedition to the Sahara in aid of Dublin Simon Community in 2000.  He had a background in archaeology but was finding it hard to get work at the time.  The group he was in happened across a prehistoric site which Vincent pointed out and explained to the group.

After this he was approached by one of the tour operators and offered a job as an expert guide.  Since then he has spent his time traveling the world in chartered expeditions and cruses, where he took thousands of photos from the places he visited.

Last year Vincent approached us with an idea to produce a book of photography which he planned to fund, design, produce and sell, himself.  All the proceeds of this book are to be donated to the Simon Communities of Ireland. 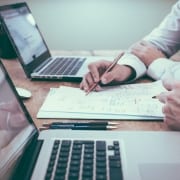 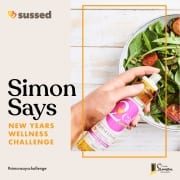 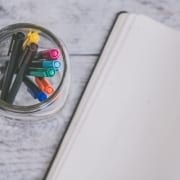 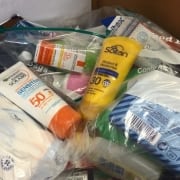 Outreach Support during the Warm Weather 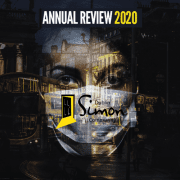 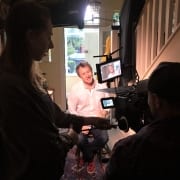