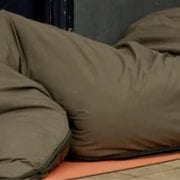 In reaction to the Dublin Region Homeless Executive official figures from April 2016 Spring count of rough sleeping, Dublin Simon Community today (03/05/16) said that the numbers of people sleeping rough across the Dublin region has remained shamefully high over the past year. The DRHE worked with the Central Statistics Offices (CSO) to deliver the Spring Count on the night of the national Census on April 24th-25th 2016.

There has been 12% increase since Winter 2015 (when 91 persons were discovered sleeping rough). 4,262 beds were occupied on the night of the Spring count in 2016 (including adults and children). This is compared with 3,766 beds occupied on night of the Winter count, thus confirming the provision of an additional 496 beds in the past six months.
On the night of the Spring Count 2016, 69 persons accessed the Night Café on Merchants Quay. That represents a 13% increase from the Winter 2015 count.

In reaction to the figures, Sam McGuinness on behalf of Dublin Simon Community said:

“On the night of the count, 102 people were identified as sleeping rough with an additional 69 people in the Night café. The figures are continuing to rise and more and more people are finding themselves trapped in the homeless crisis that Dublin is currently faced with.”

“It must be emphasised that this is an absolute minimum number, as it does not account for the hidden homeless – people who are couch surfing, sleeping in internet cafés, temporary B&Bs and hospitals.”

“This is a phenomenal figure considering an additional 496 emergency beds have been provided for rough sleepers in the past 6 months.”

Sam McGuinness continued to say that there is no tangible solution to the current homeless and housing crisis.

“This crisis has now been pushed past breaking point. There are no places left in hotels, guesthouses and emergency units, with an increasing number of people, families and children facing a future of uncertainty and fear. This fast moving tide will continue to increase in speed unless immediate action is taken.”