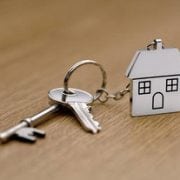 The Dublin Simon Community have today (20 July) commented on the latest emergency figures for June, released by the Department of Environment. The charity says that as the number of people becoming homeless continues to rise for another month; Minister Coveney’s Housing and Homeless Action Plan will have a significant impact on the lives of those who are being devastated by homelessness.

Speaking about the figures, the head of Dublin Simon Community, Sam McGuinness stated;

“The problem in Dublin is quite stark, as the latest emergency figures show that 75% of the people who are homeless are living in this region. The number of people accessing Emergency Accommodation in Dublin alone is now 4,765 (6,358 nationally), up 12% since the beginning of the year (4,248 Jan) and 3% since last month (4,614 May).

“The rate of homelessness for children is also increasing at a much quicker rate in Dublin than the rest of the country, rising 21% since the beginning of the year from 1,570 (Jan) to 1,894 (June) compared to 11% outside of the county. The number of families who are homeless in Dublin has also increased to 939 in June, up 3% on the previous month (913 May) and 22% since the beginning of the year (769 Jan).

“To tackle this, the new action plan has outlined measures to limit the use of Emergency Accommodation for families in Dublin and ensure that hotels are only used in limited circumstances by mid 2017. It promises 1,000 rapid housing units 200 by 2016, 800 by 2017. Housing Agency initiative will acquire an additional 1,600 vacant houses by 2021.”

“The latest figures highlight the urgent need for the comprehensive actions outlined in Rebuilding Ireland. This ambitious and detailed plan makes it clear that housing and homelessness is a top Government priority. Minister Simon Coveney delivered yesterday’s plan with a sense of urgency and his energy to solve the crisis was demonstrated though an number of initiatives including his commitment to publish quarterly updates on each action point in the plan and the establishment of the Housing Delivery Office in the DoE which will drive the plan.

“For the first time we are seeing genuine cross department and agency partnerships in order to provide solutions for people who are homeless, with a particular emphasis on moving people out of homelessness and prevention measures to keep people in their own homes.”

Sam McGuinness went on to highlight significant areas in the report that will help to deliver homes and support to the 3,000 families and individuals that they work with each year.

“As you walk the streets of Dublin, the numbers of people who are rough sleeping each night is very apparent. To tackle this, the Action Plan has tripled targets for Housing First teams in Dublin, from 100 currently to 300 tenancies in 2017.

“We are also extremely encouraged by the increase in the target for social housing from 35,000 to 47,000 units, with a 40% increase in the social housing budget for direct builds by local authorities and Approved Housing Bodies. We also welcome Innovation Fund for Approved Housing Bodies (AHBs) and the development of a Housing Delivery Office and a Housing Procurement Unit.”

“The minister’s plan also acknowledged that housing alone will not solve the crisis. Today’s plan has allocated an additional €2m for the HSE for the provision of case management & support for people with chronic and enduring health needs in collaboration with mental health Services. This will be increased to €6m next year, along with pathfinder projects to help guide these services. There is also a particular emphasis on significant projects, providing drug and alcohol detoxification programmes and enduring services supporting long term recovery.”