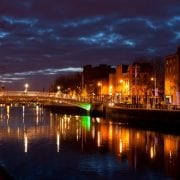 The Dublin Simon Community today (13 April 2016) said that the number of people stuck in emergency accommodation in Dublin is increasing at an alarming rate. The leading homelessness charity said that the 32nd Dail must, without any further delay, tackle the homeless and housing crisis before it gets even worse.

Today’s figures from the Department of the Environment show that the number of individuals experiencing homelessness in the capital has grown from 1,975 (February 2015) to 2692 for February of this year. That’s a 36% increase over 12 months in the capital.

The figures show that the number of children experiencing homelessness in Dublin grew at a shocking rate – from 803 in February 2015 to a shocking 1,616 this February. While the number of families increased by 112% from 371 to 790 in the same time.

Dublin Simon Community provides services to over 3,000 people in Dublin, Kildare, Wicklow and Meath who are homeless or at risk of becoming homeless.