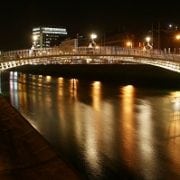 Urgent implementation of the Housing and Homeless Action Plan is needed

The Dublin Simon Community have commented on the latest emergency accommodation figures in Dublin for September, released by the Department of Housing, Planning, Community and Local Government. The homeless and housing charity said that as the number of families and children becoming homeless continues to rise for another month, urgent implementation of the Housing and Homeless Action Plan is needed

“The rate of homelessness for families is also increasing at a rapid rate in Dublin and has exceeded 1,000 for the first time since current records began. In September 2015, there were 637 families in emergency accommodation in the capital. This is a 59% increase in the last 12 months.”

“The continuing rise in the number of vulnerable adults, children and families becoming homeless highlight once again the urgent need for the implementation of the Housing and Homeless Action Plan. We are seeing genuine cross department and agency partnerships in order to provide solutions for people who are homeless, identifying and addressing the reality of what people are facing, with a particular emphasis on moving people out of homelessness, prevention measures to keep people in their own homes and ensure supports are in place to help people and families overcome the devastating impact of living without a place to call home.”

Mr. McGuinness continued to say said that keeping people in their homes and working with households at risk was a priority for Dublin Simon Community.

“In 2015, we worked with 416 families across Dublin, Kildare Wicklow and Meath to sustain homes; this was a doubling of the number of families in a year. Our Visiting Tenancy Support service that operates in the Dublin City Council area witnessed a 21% increase in the number people at risk of homelessness, successfully sustained 89% these cases in their home, helping them to avoid the trauma of homelessness.”