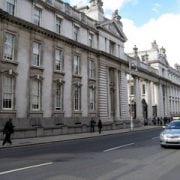 Leading homeless charity calls on the Government to make the housing crisis their No.1 priority

The Dublin Simon Community has today (11/05/2016) expressed concern at seeing another monthly increase in the numbers of families and individuals stuck in emergency accommodation in Dublin. The figures were released today by the Department of the Environment.

The figures, which have been released for March 2016, show that there are now 2,750 individuals living in emergency accommodation. This is a 2% month on month increase with the number being 2692 for the month on February 2016.

The number of families who are accessing emergency accommodation has risen by 6% from 790 (February 2016) to 839 in the latest count.

The numbers show that the number of children experiencing homelessness in Dublin has also continued to grow – from 1,616 in the last count to 1,723, which is a 6.6% month on month increase.

‘We are calling on the new Government to make addressing housing and homelessness their number one priority and made good on pre and post-election promises. There are too many people trapped in emergency accommodation, living in hostels, hotels and B&Bs; trying to get their children to school, to get homework done and meals cooked all in one small room. There is nowhere for these people to move on to and meanwhile the trauma and stress has a long lasting impact on their lives. We need short-, medium-, and long-term measures to increase housing supply and to prevent more people from becoming homeless.”