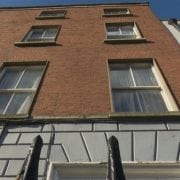 The Dublin Simon Community today (11 Mar 2016) said that as the number of people stuck in emergency accommodation continues to increase at a shocking rate, housing and homelessness must be a red line issue for the next Government if we are to tackle the crisis.

Today’s figures from the Department of the Environment show that individuals living in emergency accommodation have increased from 1,960 to 2,678 from January 2015 to January of this year. The number of children who are homeless in Dublin grew at an alarming rate – from 680 in Jan 2015 to a shocking 1,570 this Jan.

Sam McGuinness from Dublin Simon Community stated, “The figures show that there is no let up in the numbers becoming homeless. With little to no move on accommodation, people are unable to leave homelessness and it’s clear to see that the current measures are letting people down.

Dublin Simon Community provides services to over 3,000 people in Dublin, Kildare, Wicklow and Meath who are homeless or at risk of becoming homeless.