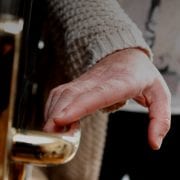 Dublin Simon Community urge Government and the Local Authorities to deliver united response to housing and homeless national crisis immediately. Dublin Simon Community says that the emergency housing response is not providing any light at the end of the tunnel for the individuals, children and families trapped in the despair of homelessness.

“The official count of 105 counted sleeping rough, plus 46 attending Merchants Quay Ireland’s Nite Cafe, totals 151 people needing emergency accommodation. This is a phenomenal figure considering the recent provision of 271 beds. With now over 2,000 adults and nearly 1000 children stuck in emergency accommodation in the Dublin region alone, more than 3,000 adults and children are facing homelessness daily, trapped in despair and uncertainty, with nowhere to go. This could be as high as 3,500 by June 2015 if no significant action is taken to permanently house adults, parents and children.”

“The scale of the crisis in the Greater Dublin area, including counties in the commuter belt, is of mammoth proportions and is getting worse. The Minister of Environment has reduced the number of roofless and moved people into emergency accommodation, which is now becoming long-term. There are no places left in hotels, guesthouses and emergency units. People are forced to forage for themselves in a scarce and discriminating housing market where they cannot compete.” “People, families and children are sliding into homelessness at a more rapid rate, without any abatement. This impact on people, children and parents will be another cause for investigation in the future as to how we could let this happen. This is a catastrophe and a shambles – it is just not good enough, more must be done now.”

Simon Communities warn the homeless crisis is deepening as rents continue to...
Scroll to top