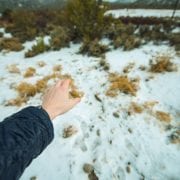 Dublin Simon Community have today warned that the latest figures from the Daft.ie Rental Report 2014 – Year in Review will mean that more and more people are being pushed into homelessness whilst far too many people are still stuck in emergency accommodation for far too long because they have no other option. The figures released from Daft.ie show an overall increase of 9.7% in rent prices across the country from October to December and highlights significant and worrying regional trends. In addition, the numbers of properties available to rent have reduced by more than a quarter year to year.

Niamh Randall, National Spokesperson for the Simon Communities of Ireland said that details of today’s report are very worrying.

“It’s crystal clear that there are pressures on all areas of the housing market – the private rented, social housing, and the private housing sectors. People who are homeless or on the very edge of homelessness currently have no hope of accessing the housing they need. It is inevitable that homeless services that are already stretched and overflowing will see even more people knocking on their doors unless the housing crisis is addressed urgently. The cap on rent supplement and the Housing Assistance Payment (HAP) limits must be reviewed and tenants must be offered certainty around their rents.”

“It was reported last week that 20 families in Dublin had left the private rented sector on Tuesday and possibly slept rough that night. This proves just how difficult it currently is to find accommodation within rent supplement/Housing Assistance Payment limits. People on the single person’s supplement are competing with couples for the same worryingly small number of properties and are immediately at a disadvantage due to their single status. The number of one bedroom housing units is extremely limited. Vulnerable people and families are being pushed over the edge into homelessness and at the same time people are being prevented from leaving homelessness. The severe shortage of social housing is further compounding the problem.”

“The latest Daft.ie report showing that the cost of renting is continuing to rise and is of grave concern to us and to the people we support. Since February 2014 rent has increased in Dublin by 11.5%. Year-on-year increases range from 8.9% in South County Dublin to 13.6% in Dublin City Centre. Rents in Dublin are now just 6% off their 2007 peak level. In addition, there was an increase of 14.1% in rents across the four Dublin Commuter counties over the last year. We see the devastating impact of these rising rents and reduced supply everyday – people on low incomes or those in receipt of rent supplement simply cannot afford rental payments. As rents continue to rise around the country, the numbers of properties available have reduced significantly, down by more than a quarter to 5,200,
and are now at the lowest levels of availability nationwide since May 2007.”

“This chronic shortage of housing and this crisis is facing people all across Ireland – young people, families and children, older people, people with severe health problems, people battling drug and alcohol issues, people this state has failed from a young age, people in urban and rural areas. We welcome the investment in social housing announced as part of Budget 2015 and the Social Housing Strategy, but the homes it will deliver next year will meet the housing needs of less than 17% of the 90,000 currently on the housing list. With the 37,000 mortgages in arrears for two years or more and Standard and Poor’s forecast that Irish house prices will rise at the fastest rate in Europe this year, the need to address the chronic housing crisis has never been as urgent as it is now. Any solution to this housing shortage must involve all aspects of the housing market – the private rented sector, home ownership and social housing. It must be all encompassing.”

Niamh Randall, National Spokesperson for the Simon Communities said that housing supply and certainty around rents must be addressed now if the Government are serious about their commitment to end homelessness by 2016.

“The Government has committed to ending long term homelessness by 2016, using a housing first approach. A housing first or housing-led approach supports people to move out of homelessness as quickly as possible and into permanent housing with tailored support services. We know from experience that it works. But without appropriate and affordable housing with support, it will only fail. It’s heartening to see progress being made by Minister Alan Kelly and his Department, especially towards the end of 2014 in responding proactively with the Homeless Summit and the 20 Point Action Plan in response to the homelessness emergency – and we support recent commitments and
developments to try to ensure that no one is sleeping on our streets at night and the issuing of Ministerial direction to Housing Authorities in relation to housing allocations.”

“However, it is essential that the Government does not lose sight of the ultimate goal which is to ensure that people who are homeless have access to long-term homes with the right support. The biggest challenge right now is access to appropriate, affordable housing and, unless urgently addressed, more people will suffer, more people will end up homeless and the Government will fail to achieve their 2016 target. We also must ensure greater numbers of people do not end up trapped long-term in emergency accommodation; the emergency accommodation measures announced in the Minister’s 20 Point Action Plan in December must only be used in the short-term. These  emergency beds must be replaced by an offer of housing and not a return to the streets. We also need to prevent
more people from becoming homeless, especially those currently losing their rented homes due to inadequate rent supplement payments. We know that people can and do leave homelessness behind them for good, they just need the right housing and the right support”