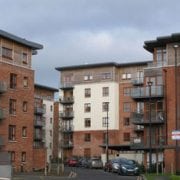 Rents in Dublin continue to rise with a year on year increase of 8.2% in the capital

Dublin Simon Community have said that figures released today from the Daft.ie Q4 2015 Rental Report are worrying and will continue to push more and more people into homelessness and emergency accommodation.

The report stated that there has been a year on year rental increase in Dublin of 8.2%, which has resulted in city centre rents increasing by 46% above levels set in 2010. Rents in South County Dublin are up by 36%; while rents in some places are higher than the previous rent peak set in 2008.

The chronic shortage of housing was highlighted by the fact that only 1,400 properties were available to rent in the capital this February. This is the lowest number recorded since data started being collected in 2006.

Due to the shortage of rental properties, rent prices continue to spiral out of control. For instance, a one bed apartment in Dublin 2 will now cost €1,403 per month. While a 3-bed house in Dublin 4 will cost €2,328. In addition to increased rents, Rent Supplement has not been increased since 2008, meaning more and more people are forced into homelessness as a result of being priced out of the rental market.

Outside of Dublin, the largest annual increase in Leinster has been in Meath at 14%. Rents have also inflated in Kildare by 7.9% and Wicklow by 6.6%. Renting a three bedroom house will cost €878 in Meath, €960 in Kildare and €1,027 in Wicklow. Rising rents are not just affecting Dublin, but becoming a nationwide dilemma.

Supply on the market on February 1st 2016 was at its lowest point on record, with just 750 properties available to rent in Leinster – the lowest figure ever recorded. All parts of Leinster saw rent-a-room costs rise strongly in 2015, with increases of between 4% and 11%.

Dublin Simon Community continue to urge candidates to make housing the number one priority in the upcoming General Election.

You can read the full Daft.ie Rental Report by clicking here.