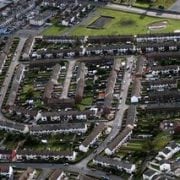 The Dublin Simon Community has today (10/03/2016) expressed extreme concern about the lack of housing supply in the Dublin region after research was released by The Economic and Social Research Institute (ESRI).

The ESRI launched their “Housing Supply and House Price Trends at the County Level” research this morning, and the report found that housing demand was the greatest in Dublin and other Dublin commuter counties. Housing prices in Dublin have increased by more than 30% between the first quarter of 2013 and the last quarter of 2015. Between Q1 2013 and Q4 2015, house prices increased by more than 50% in South Dublin, more than 40% in Dun Laoghaire-Rathdown, a 20% increase in Fingal and more than 30% in Dublin City.

Speaking about the continuing increase in property prices, Sam McGuinness from the Dublin Simon Community said;

“It’s shocking to see that house prices have increased by more than 30%. Even though house prices are increasing, it hasn’t resulted in the necessary supply of housing that this city needs.

“The number of families now in emergency accommodation in Dublin has risen to a shocking 769. If we look at January 2015, this is a 114% increase. Many of these families are accessing hotel rooms with no facilities to cook or clean and often just a bed to share. This is totally unacceptable and the longer these increases continue the more detrimental the impact will be on their lives in the long term. Even more shocking is that January 2016 saw 125 new families presenting as homeless in the Dublin region alone.”

The report by the ESRI stated that in Dublin an average 600 new units per quarter or less than 2500 per year have been completed. This is significantly less than the quantity needed to prevent more children, families and individuals being pushed into homelessness.

Sam McGuinness continued; “Once people become homeless, they are very likely to end up trapped in emergency accommodation for long or periods of time with the associated stress and trauma. Experience tells us that the longer people are homeless the greater the impact on their health and wellbeing. There is very little social housing available. Access to affordable housing is the most cost-effective and proven solution to addressing the housing and homeless crisis.”

Our Manifesto document which we are asking all newly elected to focus on four core areas: